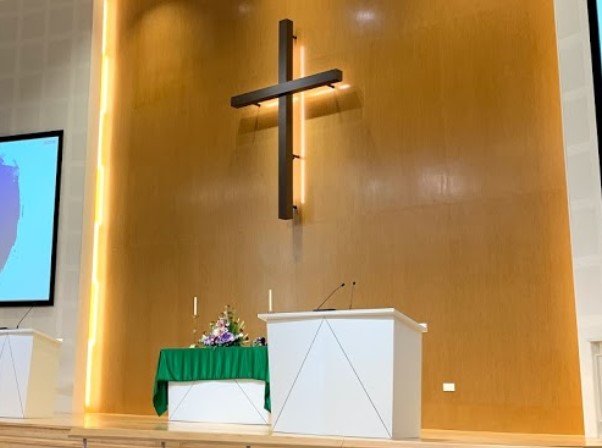 Jurong Tamil Methodist Church had its humble beginning in 1975. It was one of the daughter churches of Tamil Methodist Church (Short Street) given priority in Jurong residential area to be planted for ministry, under the faithful care of Mr and Mrs JCD Pandian the weekly worship service and prayer meetings were held at their residence.

After 2 years, The Church was formally constituted in 1977 to be God’s beacon of light in the western part of Singapore with 35 members. Mr JCD Pandian was appointed as its supply Pastor. Through the outreach ministry by the Church, many received Jesus Christ as their Lord and saviour. They were baptized and added to the membership of the church. The Church grew to 53 members in 1979.

In 1981 the church had full time Pastor Rev.D.Premkumar. By then the membership had grown to 72. Men,WSCS,MYF and Sunday School functioned very actively. At this time Mr Philip Abraham who was active with the youths group gave up himself for full time ministry. After completing his studies at TTC, he is now an ordained pastor serving several ETAC Churches. He is a blessing to JTMC which produced a full-time Pastor.