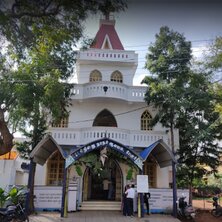 Perur is one of our out stations 5 km from Coimbatore, where more than 100 families are attending the church regularly. We constructed a new church for the people to worship the Lord. We celebrated the 6th anniversary of the church on Saturday 22nd December 2007. Regular worship services, Sunday school, youth meetings and Women’s fellowship meetings are being conducted for the spiritual growth of the people. Asanam festival was celebrated on January 20th Sunday. More than three thousand people had non-veg meals and glorified Lord Jesus Christ. Now this pastorate get the recognition and separated as new pastorate.